MotoSurf WorldCup is the only World series of motorized surfboards racing. A young discipline found back in 2012 been growing to become recognized and introduced into the UIM – Union International Motonautique structures.

Joining the Union, MotoSurf WorldCup comes to great company of world’s leading watersports disciplines such as X-Cat, F1 H2O, Aquabike and many others. Incresing the sport level and professionalism every year, the MotoSurf WorldCup Champions were decorated alongside their fellow collegues from other disciplines watersports World Championships. The 2018 Men Class MotoSurf WorldCup Champion  Lukáš Záhorský amazingly won 5 out of 5 rounds of the series and became two times World Champion. On the stage of the beautiful gala evening, he was accompanied by Aneta Šacherová – Women Class 2018 Champion who returned to top after two years. Both riders from the Czech Republic were decorated World Championons in front of eyes of his highness Prince Albert of Monaco and many sports legends giving their respect to professionals competing on the water.

Under the umbrella of UIM, motosurf racing welcomes new destinations to its calendar for the upcoming 2019 season. The series will be hosted at six venues of five different countries in three continents. This year, moto surfers will compete in:

TBA – To Be Announced

Lukáš Záhorský: “The past season was really special for me. I managed to win all the races and became Champion for second time in my life. It feels really awesome and I’m proud we can stand here at UIM Gala alongside other athletes of watersports World’s stage. It gives me some extra motivation to repeat the glory in 2019.“

Aneta Šacherová: “Before the season I was really determined to get my title back. I knew it wouldn’t be that easy because racing level is higher and higher every year. Eventually, I did it and took my second title. For the 2019, I have to be even stronger. Standing here at UIM Gala is a masive satisfaction for all the hard work and something that every sportsman loves to experience.“ 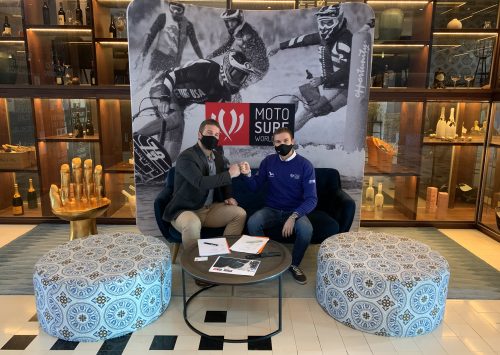 Falkensteiner Resort Zadar is set to host the UIM MotoSurf WorldCup in 2021 with an option for 2022 and 2023. 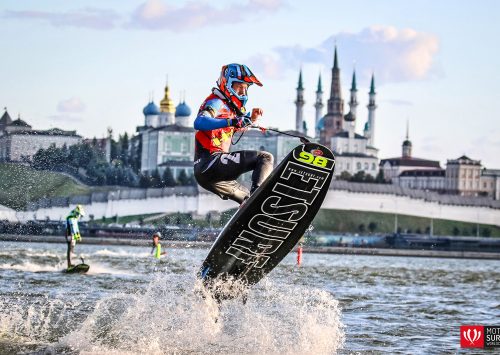 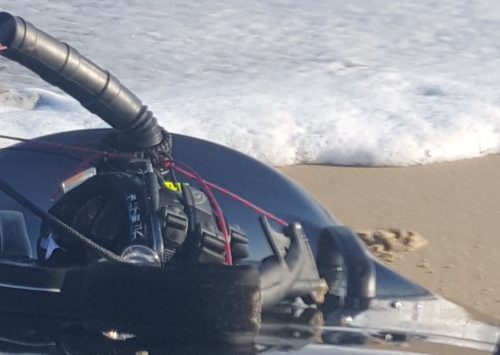