Summary of the 2021 Electric Challenge

Now that we have entered a winter break, it is the ideal time to talk about the lesser known (a brand new) category that the MotoSurf WorldCup has to offer. The MotoSurf Electric Challenge has a unique race format and harbors a great potential to become a world-renowned water sport discipline of powerboating.

The Electric MotoSurf, unlike its petrol-powered sibling, has zero local emission and thus is perceived as more environmentally friendly with less noise pollution. Its electric motor makes almost no sound and the loudest part on the electric board is the turbine. This means that you can ride the electric MotoSurf at places, where the regular pertrol powered board wouldn’t be allowed due to environmental restrictions. This is the main selling point of the electric version of the lightest available powerboating craft on the market, but can it race? The electric powered category is the very first fully electric powered racing class in the powerboating world. The board is faster and nimbler than ever before, and its level of the technical development  is the main reason why the Electric Challenge is gaining more traction than in the previous seasons.

The format of the Electric Challenge is vastly different from the petrol category. Instead of 12 racers competing for the victory at the same time, there are only two people going head-to-head, dueling each other to come out as the faster racer. This category consists of two practice sessions where the racers get to know the track and the maneuverability of their boards. After practice comes qualifying, where the 14 fastest riders are determined, as well as the order in which they race one another. The first race is called Round of 14, where only 7 winners and 1 fastest loser get to advance in to the second race, the Round of 8. Round of 8 follows the same principle where only 4 people can advance in to the Finals. In Round of 4, winners from the TOP 8 shootout, will compete for the top 3 positions. The first pair to race in Round of 4 consists of 2nd and 3rd fastest winners from the previous Round of 8 and the second pair to compete is the fastest racer going against the 4th fastest winner. In the Final Round, the Battle for 3rd position takes place between the two losers from previous Round of 4 and in the Battle for 1st, second and first place is determined.

Each session of the Round of 14, Round of 8 and Round of 4, Battle for 3rd and Battle for 1st are held in 3 laps. The two riders will start from the starting blocks after signalization from the traffic lights. There are two tracks – right split and left split. After the start, one racer heads to the left split and the second racer goes right. After completing the first lap, the riders switch. Who went left goes to the right and vice versa. In the third lap, it is up to each rider to decide whether they take the right side or the left side. The winner is the one who crosses the finish line first.

Riders from all around the world participated in this unusual format and for the first time ever, we had racers from Korea and Russia to participate. The main actors in the Electric Challenge were quite the mix this season, as the heated battle for the championship boiled down to 5 racers who fiercely competed for the top 3 places; Jakub Schejbal, a talented petrol powered MotoSurf racer, Jeffrey Chavaillaz from Switzerland, Alain Coppens from Belgium who is a consistent participant of the Electric Challenge, furthermore we have a young Rookie rider Matej Kozisek and last but not least, Michal Skocek. This likeable Czech is a specialist in riding all types of electric vehicles and motosurf is not an exception. This gives a clear answer why Electric Challenge is the only category at which he participates.

The 2021 season started off well for Dan Provaznik, one of the fastest petrol riders, who took 1st place in Jedovnice. Unfortunately for Dan, this was his first and only Electric Challenge race of the 2021 season. Michal Skocek battled Dan viciously, but youth managed to beat the experience and Michal took 2nd place. Third place usurped the youngest of the bunch, Matej Kozisek, who managed to beat the Belgian Alain Coppens who took 4th.

The battle for the Championship continued in Belgium where Alain Coppens placed 3rd on the home soil, bringing cheers from his fellow countrymen. The race for the first place came down to the young misfit Kozisek and the experienced Electric rider Skocek. Unfortunately for Michal Skocek, the odds were in favor of Kozisek, putting Skocek in 2nd place.

Moving on to the MotoSurf WorldCup in Kazan, Russia, Denis Burda made his debut for the first time on the Electric surfboard, bringing home 3rd place, closely beating Alain Coppens. The two rivals, Skocek and Kozisek, reached the finals and after a nerve wrecking 3 laps, Kozisek won yet again. Taking the lead in the championship.

The final race of the season took place at a premium camping resort Falkensteiner, Zadar, Croatia. Bad luck stroke Matej Kozisek, who didn’t make it pass the Round of 8, leaving hope for Michal Skocek who could potentially win the race and the championship. Matej Surkos, a winner of the MotoSurf Games Electric Challenge in Sebring, Florida beat the Swiss rider Jeffrey Chavaillaz in the battle for 3rd place, leaving the Switzerland representative to take 4th position. The title-deciding race was then between two good friends, Jakub Schejbal and Michal Skocek. They gave us a tight and entertaining race to watch, but in the end, Michal Skocek sealed the deal and took home 1st place from Croatia and the Champion title of the Electric Challenge.

In the Championship standings at the end of the 2021 season, Michal Skocek earned 1st place with 85 points, his young rival Matej Kozisek finished 2nd with 74 points, the Belgian rider Coppens took 3rd place with 56 points and the Swiss racer Chavalliaz brought home 4th place with 34 points. It was a thrilling season, and we cannot wait to expand and build on this race format in the future, to give it the attention it deserves. 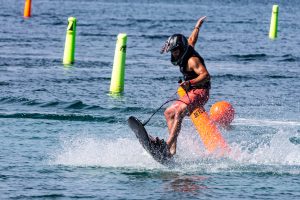 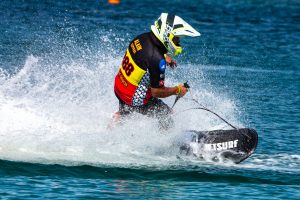